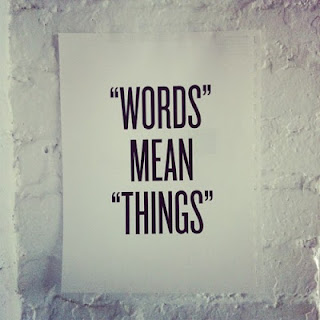 I know it's an unpopular train of thought with progressives, but words really do mean things.  Each and every day, the liberal statists try to corrupt our vocabulary, ramming their euphemisms down our throats in an attempt to disguise their contemptible strategies.  Expect that "dictionary distortion" to be on full display this evening during the Ryan-Biden debate.

Fear not SACSTW readers, here is a brief translation of socialist mumbo-jumbo into clear English for you to consult as you watch Joe Biden stagger his way through tonight's festivities.......

Enjoy the debate, it's always fun to watch Joe on live television!