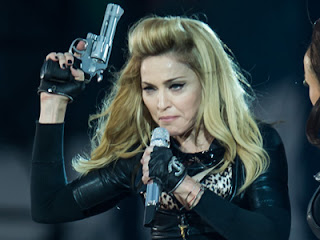 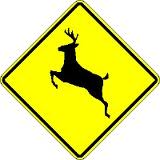 Well, Donna just didn't understand why the highway department would encourage deer to cross the highway by putting up those signs...

"My frustration is that Minnesota and North Dakota departments of transportation would allow these deer crossings in such high traffic areas," she says. "Why are we encouraging deer to cross at the interstate?"

Eventually the radio hosts were able to convince Donna that the signs were not actually meant to guide the deer to a safe crossing area. Guess what Donna will be doing in two weeks? Voting for President.

Be afraid, be very afraid.