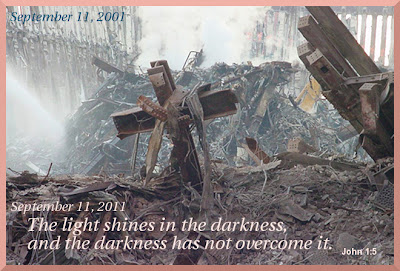 You know, growing up, I had a much different mental picture of atheists.  Being a child of the Cold War, my first awareness of atheists were the godless-commies who wanted to bomb us into oblivion.  Later, I discovered American atheists.  These were hard-core inflexible people who were so confident of their own knowledge and intellectual superiority that Pope John Paul II, Mother Teresa, and Billy Graham together couldn't soften their heart towards God.

My how things have changed.  It is nothing new for atheists to file lawsuits to get any remotely religious symbol or artifact removed from any public place other than a church, synagogue, or mosque. But when did they become such mentally and emotionally unstable sissies?  I have always found it narcissistic in the extreme that atheists can be so sure of their depth and breadth of knowledge that they can claim categorically that God does not exist, but at least I could respect the strength of their convictions.  Now, not so much.

Case in point:  The lawsuit they have filed to have the 9/11 cross removed from the the National September 11 Museum and Memorial. Again, this isn't surprising for them.  I would have been more surprised if they hadn't sued to have it removed.  Of course, they trot out the old and tired "separation of church and state" argument which we previously debunked in the blog post "Atheists Want to Starve Children!".  I think they realize that their chance for success arguing the establishment clause is unlikely at best because they have added a new strategy.  It is the "We are giant wusses!" strategy.  Light years from the steely-eyed Russian soldiers or the maniacal crazed atheists of the '70s and '80s, today we have the kinder, gentler, metrosexual, sensitive atheists. In addition to their constitutional challenge, the American Atheists say the cross should removed because it hurts their feelings. According to the Washington Compost the lawsuit asserts:


"The presence of the cross would result in injury — emotional and even physical in the case of extreme anxiety — to atheists left feeling excluded from what should be a place of unity and healing."

Yes devoted readers, you heard it here first.  The very sight of the cross causes physical injury to atheists.  I can hear them now... "It burns!  It burns!"  Wait... wrong group.  That's Obama and the Democrats.  Probably more like, "I am so depressed that I don't even have the energy to get in my Prius and drive to Starbucks for a pumpkin latte. I think I'll just lay around my eco-friendly condo in my North Face jammies, have a tofu burger, and listen to Alesana CDs. I may even have to call my doctor to up my meds."

Please remember to pray today for the family members of those who perished on 9/11 and for our country.  Never Forget!
Posted by Sahib at 10:17 AM