A Day Of Disgrace For The United Nations 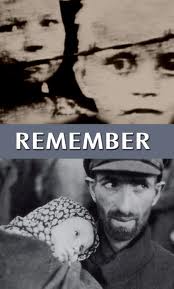 They came for the filmmaker in the dead of night.  Heavily armed law enforcement agents removed him from his home, and transported him to central command for questioning.  He had produced a movie that ran contrary to the head of state's beliefs.  In fact, the leader of the country had called the man a "shadowy character", and characterized his movie as "crude and disgusting".  As much as this might sound like 1930's Germany, it happened 10 days ago in Cerritos, CA.

Of course the governmental line is that the filmmaker was being questioned about a possible parole violation connected to his uploading of his film to Youtube.  Seems like a likely reason for multiple agents of the LA Sheriff's department to descend on the man's house after midnight.

I know, I know, this is old news right?  Maybe so, but today it is flavored with the bitter taste of fascism.  Yesterday, the leader of the country addressed the United Nations General Assembly.  He apparently didn't think the filmmaker was old news, as he felt the need to prostrate himself and his country before that den of thieves again and again.  He peppered his speech with flowery references to freedom of speech and religion, saying "the strongest weapon against hateful speech is not repression, it is more speech- the voices of tolerance that rally against bigotry and blasphemy, and lift up the values of understanding and mutual respect".

Then came today.  For those who don't know, today is Yom Kippur, the holiest day of the year for Jewish people across the globe.  Today, behind the same podium at the UN, on Yom Kippur, Iranian President Mahmoud Ahmadinejad will address the General Assembly.  The very same Ahmadinejad that has promised to "annihilate" the Jewish people, and "obliterate" Israel from the globe.

That the United States allowed this man to enter our country is reprehensible.  That the UN allowed this man to speak on the holiest of days for Jews everywhere is blasphemy of the highest order.  That President Barack Obama agreed to speak from the same podium as this man is unforgivable.  That the majority of Jews in the United States will likely vote again for Barack Obama in less than 6 weeks is sad and unfathomable.

If Barack Obama had any sense of decency, any sort of understanding of right and wrong, he would have sent this message to the United Nations on Monday.....

Mahmoud Ahmadinejad is a terrorist, a megalomaniacal despot who has vowed to annihilate the followers of Judaism and to obliterate another member nation from the map.  Incredibly, the UN has decided to give this criminal a platform from which to spread his hatred and vitriol.  To add grievous insult to blatant injury, you are allowing him to speak on Yom Kippur, the holiest of holy days for the Jewish people.  As President of the United States, I refuse to speak from the same platform as such a man, nor will I allow any representative of the United States to do so.

As we all know, no such message was forthcoming from Dear Leader.
Posted by the Crew at 9:59 AM