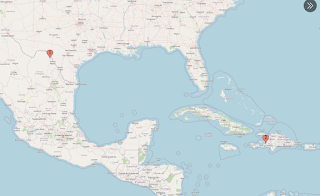 Feel free to answer in the comments...
Posted by the Crew at 12:47 PM No comments: