Is Obama an Idiot? (about Iran) 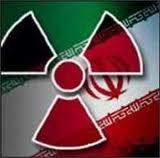 I've decided that my oldest son, Sahib Jr., should be the Secretary of State.  Being as he is only 12, we could have potential child labor issues, but he definitely would cut through the crap.  He asked me the other day, "Dad, what's all this stuff about Iran and atomic bombs?"  He did a National History Day project on the bombing of Hiroshima and Nagasaki and is interested in the topic.  I outlined the situation and asked his opinion.  He replied, "They're stalling."  I asked him to explain.  He said, "It's like in wrestling when I'm up big on a stronger kid late in the match.  As long as I don't do something dumb and get pinned, I'm gonna win.  So I stall.  That's what they are doing."

And there you have it devoted readers... wisdom from the mouths of babes.  (Please no one tell him I referred to him as a "babe"!)  The question I have is that if a 12 year old (albeit geopolitically brilliant one like his old man) can figure it out, why can't the president backed by the "genius" of the State Department?  I know you lefties out there have changed your mantra of  "Give Peace a Chance!" from the '60s to "Give Sanctions a Chance!" today.  Just one question:  When have sanctions worked?  EVER? Hmmmmmmmmm?

Which can only leave us with one of two conclusions:


Either of these possibilities scares the peewaden out of me.  Here's to hoping the following video is an analogy for what Israel is about to do to Iran.  The big kid (Israel) restrains himself for fear of getting in trouble with the teachers (US, Europe, Russia, et. al.).  The little a**hole kid (Iran) keeps picking on the big kid (Israel) "knowing" he won't fight back.  Enjoy viewing the results.


Hopefully the "cut the crap" wisdom of kids will trump the politically correct stupidity of adults.