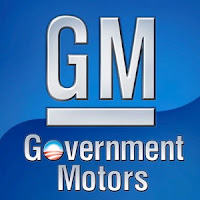 Look, I'm as much in favor of clean renewable energy sources as the next person (unless the next person is Ed Begley, Jr.).  As a matter of fact, I would love to see the United States produce its electricity from nuclear power, for Gaia's sake France gets almost all of her electricity that way!  But you greenbeans don't like that either.  No, you want us all to be toodling around town in a coal-fired abomination from Obama Motors.

Isn't it time to pull the plug on the Chevy Volt?  Sales of the enviro-moonbat darling plummeted from 1529 in December of 2011 to 603 this past month.  603!  Compare that to the Ford Focus (14,400 sold in January), Toyota Corolla (17,988 sold in January), and Honda Civic (21,883 sold in January). For crying out loud, the Kia Soul had sales of 8,093, and that is a vehicle whose national spokesman is a dancing hamster! That is the marketplace speaking loud and clear.  SACSTW has conducted a painstaking review of the Chevy Volt, and has discovered the real reason behind its poor sales figures.  It sucks.

Eric Bolling of Fox News came to the same conclusion after recently driving a Volt.  He appeared on Fox and Friends this morning to talk about the experience.  Bolling has been critical of the Volt, and of Government Motors in general.  GM asked him to drive a Volt to experience the car firsthand.  According to Bolling, he got about 20-25 miles on a full charge before the car switched over to its gasoline powerplant.  GM claims a 40 mile range on full electric power.  The Volt gets about 35 mpg burning gas and sports a 9.3 gallon gas tank.  If we do the math, we can see that a Volt can travel about 350 miles on a full electric charge PLUS a full tank of gas (Premium by the way!).  That leaves us with an effective gas mileage of 37.6 mpg.  Not bad right?

It's not too bad until you factor in the Volt's sticker price of $40-45,000.  Holy fossil fuel Batman, that is a big number!  Let's again compare to the other vehicles I listed above


I can hear the greenbeans chirping now.... "Crew, those 25 (or 40 if you believe GM) miles driven under full electric power are so much better for Mother Earth, Americans should be willing to pay any price to save our planet!"  SACSTW sent our investigative photographers out and they were able to capture this image of where  the Volt's electric power actually comes from..... 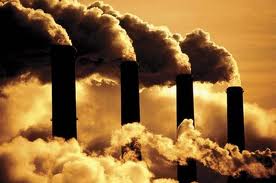 That's right bunny-hugger, the vast majority of the electron flow you are so gleefully pouring into your Volt comes from the burning of coal.  So go ahead and take that Volt out for its 25 mile jaunt around town, we'll just throw another shovel full of fossil fuel on the fire for ya!
Posted by the Crew at 1:06 PM