What If Todd Beamer Had Been There? 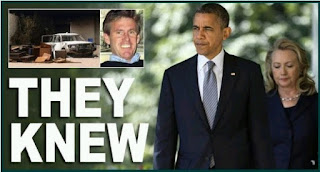 Over the last year, Sahib and I have taken a lot of cracks at Barack Obama.  We have used sarcasm and satire to illustrate the pernicious nature of this administration, and the evil of the statist movement they represent.  Today is not a day for jokes.  Today we know that Barack Obama left those Americans in the Benghazi consulate twisting in the wind, left them to die at the murderous hands of Islamic terrorists. And then, he and his surrogates lied to you and I about the circumstances surrounding the attack.  Absolutely unforgivable.

It's been over 11 years, and I still can't say the phrase "United Flight 93" without getting misty-eyed.  The heroics of Todd Beamer and the other passengers on that flight prevented the atrocity of 9/11 from being even more unthinkable.  They wrestled control of the airplane away from the al-Qaida terrorists, and kept it from destroying the White House or Capitol, losing their lives in the process.  The courage and determination to act in the face of evil shown by this small group of ordinary Americans is why we must save this country from Barack Obama.

Contrast the response to terrorism of the Flight 93 passengers on Sept. 11, 2001, with that shown by Barack Obama on Sept. 11, 2012.  News is breaking today that the State Department sent email communications to the White House Situation Room as the Benghazi consulate was under attack.  Those emails confirmed that the attack was a planned, coordinated terrorist action, and most certainly not a violent mob reaction to a Youtube video.  Two of the 4 Americans killed that night died several hours into the attack, well after Obama had been informed of the situation.  There was time to save them, or at least move heaven and earth trying to save them.  Barack Obama did nothing.  Well, that's not accurate-   he went to bed, and flew to Las Vegas the next day for a campaign fundraiser.

Not only that, but he and his administration orchestrated a cover up of their heinous inaction for many days afterwards, blatantly lying to the American people at every turn.  Barack Obama is a traitor to the legacy of Flight 93,  a disgusting coward of a man who disgraces and tarnishes the office of the President every moment he occupies it.

What if Barack Obama had been on Flight 93 instead of Todd Beamer?  Hell, he probably would have volunteered to take the co-pilot seat for the duration of the flight to Washington. 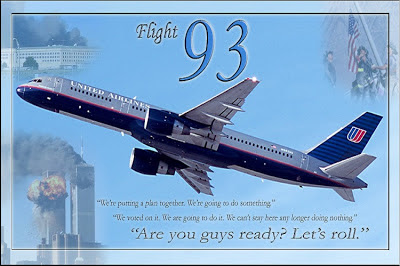 What if Todd Beemer and the Flight 93 passengers had been in the White House Situation Room 11 years later as reports of the attack in Benghazi came in?  Do you think that they would have shrugged it off and hit the rack?  Hardly.  Let's roll would have been their call to action, and maybe, just maybe, they would have saved American lives again.
Posted by the Crew at 1:31 PM