The Two Questions Nobody Asked...... 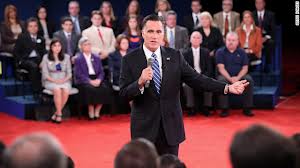 The first time I heard of Hofstra was 1981.  A basketball player at my high school signed a letter of intent to play ball for the Fighting Earthworms or whatever they are called.  I'll be danged if I can remember the kid's name, but it was pretty big news at our school.  After all, we were better known for other, more genteel athletics.  If you could play it at a country club, we were tough to beat.  But I digress.

I got home from Hofstra early this morning, having borrowed the keys to the SACSTW Gulfstream V from Sahib over the weekend.  With nerves all atwitter, I turned on the TV and fired up the DVR to watch my appearance during the previous evening's Presidential Debate.  My heart sank and my blood pressure soared as I realized THEY CUT MY SCENE!  I thought this thing was supposed to be live and unedited!  What the @#%$# ??  I have searched all the online transcripts I can find.....NOTHING!  It's as if I never asked a question of the candidates at all!

Despite my lingering private luxury jet lag, I have been able to piece together a reasonable facsimile of how my moment in the debate spotlight went...........

Candy Crowley:  The next question is for President Obama, and comes from the large, balding white gentleman there in the back.  No, no, not you Chastity.  Next to you, yes, the one in the purple Mexican wrestling mask.

The Crew: Thank you Candy.  My name is the Crew.  I have but one question for you Mr. Obama.  My friend Sahib and I have spent the last 12 months asking every liberal  wingnut we can find this question, and none have been willing to answer.  You are the next on our list.....Please tell us exactly what percentage of our income we should be permitted to keep after all taxation from local, state, and federal authorities.

President Obama:  Thank you for the question Crew.  Under my administration, oil production is the highest it has been in 16 years.  We have invested in infrastructure, created 14 green jobs, and licked the boots of every tinpot hack in the Middle East.  I've shucked and jived with Beyonce and JayZ, spent more time with David Letterman than any of his female staffers, and played more golf than Tiger Woods.

The Crew:  That is all quite interesting Mr. Obama.  May I assume that you refuse to admit that your ideal would be governmental confiscation of 100% of earnings?

President Obama:  You may proceed Crew.

The Crew:  I have a followup question for you Mr. Obama....Can you tell us what you will do in a second term to bring the federal government back into conformity with the legal limitations placed upon it by the United States Constitution?

President Obama:  The what?

Things kind of went downhill from there, although I'm sure the original video showing what appeared to be a middle aged Caucasian Nacho Libre challenging the President to a sumo match is quite entertaining if you can find it.  But I digress.