Are You Fracking Kidding Me? EPA Terrorism 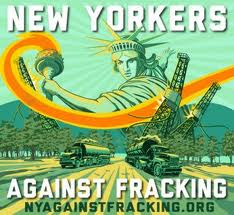 As my and The Crew's support for all causes environmental and all regulations federal is legendary, the title of today's post may come somewhat as a surprise.  Devoted readers may not know we are both charter members of the following organizations:


That being said, The Crew and I are completely dumbfounded that our Dear Leader and his legion of green-shirted thugs at the EPA would stoop to disingenuity, fabrication, intimidation, threats, and outright lies to increase federal control of private industry and forward his green agenda.

Senator Inhofe of Oklahoma spoke to these issues on the senate floor.  You can read the transcript of his wonderful speech here.  It is well worth reading in its entirety, but here are some of the highlights:
It is an election year and fuel prices are more than double what they were when our Dear Leader took office.  For political expediency, he is all for domestic oil and gas.  We just aren't allowed to remove it from the earth.

WAIT!!!! This just in from the Obama administration.  Our Dear Leader has developed a "green" method for extracting oil and gas from the earth.  It is pictured below: