Barkeep! Hand Sanitizer, And Make It A Double! 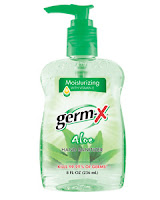 Word is trickling out of the Peoples Republic of California that some local juvenile delinquents are showing up in emergency rooms with alcohol poisoning......from drinking hand sanitizer!  Apparently the stuff is about 60% ethyl alcohol, and the little miscreants are performing some alchemy to separate out the alcohol and get a 120 proof shot out of it.  Practicing the typical restraint of the callow teenager, a few GermX shots and it's off to the ER with stomach pains, nausea, and disorientation.

All of this sounds like just another Saturday night for the Crew, albeit circa 1983.  Of course back then it was Malt Duck and canned Country Time Lemonade spiked with vodka.  Hand sanitizer would probably have tasted better......but I digress.


Editor's note:  Historical information contained herein should not be construed as an endorsement of underage drinking, nor should it be repeated to anyone who might be the mother of the Crew

Crikey people! Think of the ramifications of this.....every school in the country has a bottle of hand sanitizer in each classroom, in the office, the cafeteria......  For Ralph Nader's sake, they might as well just plop a fifth of Jim Beam on the counter so the little darlings can throw back a belt between classes!

Let the California liberal pantywaists get hold of this, and we will need a prescription for a bottle of the pungent gel.  My advice...buy stock in soap companies.