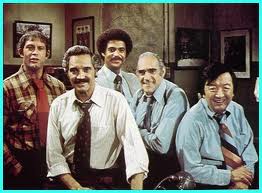 I also found this great photo of the beginnings of AG Holder's career in law enforcement..............