Vice-President Biden (aka The Gift That Keeps Giving) was at a re-election campaign stop in New Jersey this week when he broke out this little gem about the raid on bin Laden's Pakistani compound.

"You can go back 500 years.  You cannot find a more audacious plan. Never knowing for certain.  We never had more than a 48% probability that bin Laden was there."

Uhh, what?  Did our Vice-President really refer to the bin Laden raid as the most audacious military action in the last 500 years?  Before you libs scratch a Grand Canyon size furrow in your melon, let's define audacious...

I have no problem using any and all of those words to describe the men who carried out the raid on bin Laden, but to credit Dear Leader with the "most audacious plan of the last 500 years" is really a bit much, even for the human hyperbola Joe Biden.  Yeah yeah, I know.  Just look it up yourselves.

The Crew would like to humbly offer a couple examples of "audacious" military actions of the past that Professor Biden might want to learn about....

Which of the great military leaders pictured below is the most bold, daring, brave, and fearless? 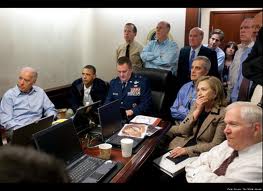 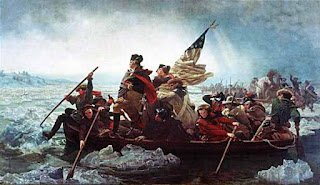