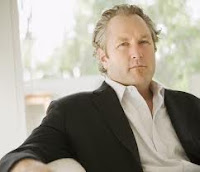 A sad day at SACSTW with the unexpected passing of Andrew Breitbart.  Mr. Breitbart was a steadfast soldier in the conservative movement, completely unafraid to take on the most powerful progressives on the planet.  Did that courage cost him his life?

I'm usually not one for conspiracy theories, but I do like facts.  On February 10,2012, Andrew Breitbart said this at the Conservative Political Action Committee conference in Washington:

Less than 3 weeks after promising videos of Barack Obama's early days as a radical, this 43 year old man was dead.  Is there a connection between the two?  I'll let you decide for yourself.
Posted by the Crew at 12:45 PM