This Time, He Has Gone Too Far! 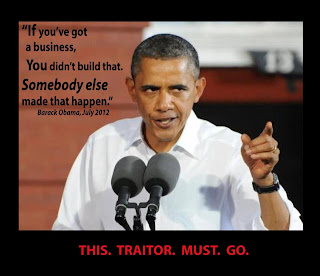 
Now you have gone too far.  For you to demean and belittle the hard work and effort it takes to run a successful business is unforgivable.  When you said "somebody else made that happen", we all know that you meant "government made that happen".  In your twisted view of America, government represents the highest rung on the ladder of human achievement.  Individual resourcefulness, ingenuity, vision, and commitment mean nothing to you.


Here is the truth.  Government is not what enables American citizens to maximize their potential and productivity.  It is what hampers us the most.  Government (particularly under your administration) encourages sloth, dependency, and lax moral standards.


Government exists ONLY because of the immense productivity of American private business.  You know all those roads, bridges, and schools you crowed about allowing American businesses to prosper?  They were all paid for by confiscation of the fruits of our labors under the threat of imprisonment!

For years now, I have heard conservatives describe you as "a good man, who just favors policies and ideas that are wrong for the country".  Hopefully your recent words will make the light bulb go off for these folks.  You and I both know that you are an evil man.  An evil man who hates the individual freedoms and responsibilities that Americans hold dear.  An evil man who wants to "fundamentally transform America".  You said so yourself.

The last chance for we the people to remove the scourge of your administration from our lives within the peaceful framework of our representative republic comes in 112 days.  I plan on doing everything I can to make that happen. 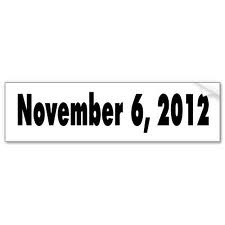 Email ThisBlogThis!Share to TwitterShare to FacebookShare to Pinterest
Labels: 2012 Election, economy, Obama, private business, small business, socialism, somebody else made that happn