Rush and Hitler, One and the Same?? 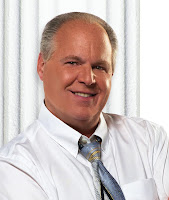 For 24 years, the left has been gnashing their teeth and wadding their britches over Rush Limbaugh.  One of their favorite narratives is the "Rush is the new Hitler" fable.  That particular bit of nastiness recently cropped up again in a letter to the editor of the Examiner, a daily newspaper in Independence, MO.  You can read the letter in its grotesque entirety here.  A couple excerpts should give you the jist of the letter, and are provided below:

"Back in the 1930s, there was a man who began spouting hatred against other people. Folks must have thought “Oh well, it doesn’t affect me, so they didn’t say anything.” Even the folks being maligned didn’t say anything. Maybe they thought thoughts about Free Speech and such so went on their way, living their lives, ignoring the hatred speeches. After awhile, the man had a following and that following grew. Good people continued to ignore it, not imagining that it could ever go anywhere, perhaps thinking it would die out. Well it didn’t, and millions of people were incinerated in ovens."

It's time to do something about radio hosts using their positions to spread hate........

SACSTW was made aware of this letter by loyal reader Jeff W, who subscribes to the paper in question.  Jeff wrote a guest column in the Examiner yesterday in response to the letter, and was kind enough to allow SACSTW to run that column here......... 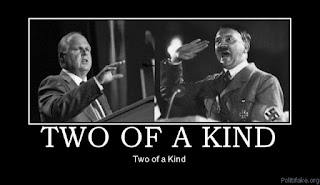 Ah, the tired old "Rush Limbaugh is Hitler" theory has reared its ugly head again , this time from JanMarie Sajna.  According to Ms. Sajna, Rush's "bigoted hate rhetoric" should be removed from the airwaves forthwith.  To do otherwise invites another Holocaust according to her twisted logic.  Noticeably lacking from her letter was the one thing ALWAYS lacking when lefty bomb-throwers get their reticle on Rush.....examples of his "hatred speech".  I'll wager that like most of her ilk, Ms. Sajna has never listened to Rush's show for any length of time.  They simply regurgitate what they have been force-fed by paragons of truth like Nancy Pelosi, Harry Reid, and Barack Obama.  Very predictable and trite Ms. Sajna, can't the left come up with anything innovative with which to attack Rush?  Actually, I would suppose that many victims of the Holocaust and their families might find you comparing the man who caused their suffering to a radio talk-show host quite deplorable.


You urge us to stop assuming and check the facts.  I have checked and rechecked your letter, and can find only unfounded opinion, historical inaccuracies, and ad-hominem attacks.  Hitler began his vile rise to power long before the 1930's.  In fact, it began in 1919 when he joined what would become the Nazi Party.  In 14 years, he had become Chancellor of Germany.  In another 12 years, he had steamrolled an entire continent, murdered millions of civilians, and died by his own hand.  By contrast, in his 24 year career as a public figure, Rush has helped thousands enjoy economic prosperity, entertained tens of millions, and murdered exactly no one. I suppose if Rush is the next Hitler in your world, he better pick up the pace!

Here are a couple things you might not know about Rush Limbaugh.  He recently completed the 22nd consecutive year of his Radiothon for Leukemia and Lymphoma.  Over the course of those 22 years, Rush and his listeners have donated over 30 million dollars to aid in the fight against leukemia and lymphoma.  Rush's personal donations to the Radiothon total $900,000 in the last two years alone.   In addition, Rush made a 2.1 million dollar donation in 2007 to the Marine Corps and Law Enforcement Foundation, which benefits the children of Marines and law enforcement officers killed in the line of duty.  In September of 2009, Rush donated $500,000 to the House Ear Institute in memory of the physician who helped save his hearing.  Rush also makes numerous other charitable donations that never see the light of day, he does it because he believes it to be the right thing, not because he wants the publicity.  Now I admit this next point is purely a guess on my part, but I'm pretty sure that Rush doesn't earmark his charitable donations "for whites only".

Take a few minutes and think about all the other businesses that have blossomed since 1988 under the benevolent glow of Rush's golden microphone.  Heck, he singlehandedly saved the entire talk-radio industry.  Hundreds of AM radio stations with thousands of employees owe their success in large part to Rush Limbaugh.  I'm going to guess again that many of those employees are minorities that Rush supposedly "hates".  Countless companies both national and local have seen sales skyrocket when they advertise on the Excellence in Broadcasting Network.  My keen intuition leads me to believe that those companies are not 100% Caucasian either.  The Rush Limbaugh Radio Show is truly a rising tide that lifts all ships.

Finally Ms. Sajna, I have a challenge for you and anyone else who read your letter and thought "You go girl, Rush is as bad as Hitler!".  Listen to his show for at least 60 minutes every day for two weeks.  Since you probably don't know, he is on KMBZ 980 AM from 11:00 am to 2:00 pm Monday through Friday.  Write down every example of "bigoted hate rhetoric" you hear, and record them in the comments section for this letter at www.examiner.net for all of us to see.  Here's your chance to prove me wrong.
Posted by the Crew at 7:12 AM