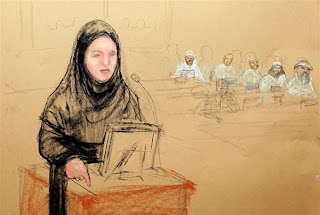 Oh by the way, did I mention the defendants in these proceedings are the guys accused of planning the 9/11 killings of nearly 3,000 American citizens?  Yes, these are the preliminary hearings for KSM and his band of murderous thugs. 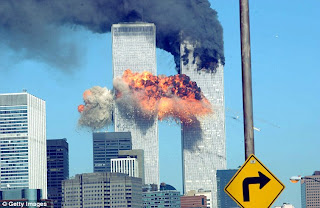 Defense attorney Cheryl Bormann, a non-Muslim, feels that typically clad American women would distract her clients and might cause them discomfort.

Yes, Ms. Bormann.  Anything we can do you make your clients more comfortable, you just let us know.  You can read the Fox News article on the other courtroom antics of KSM and his all-girl review here.  Keep in mind.  Dear Leader Obama and his moronic AG Eric Holder wanted this circus held here in the US.   They wanted America on trial.