One Woman's Road To Self-Discovery..... 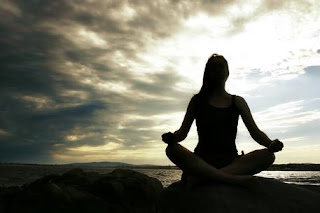 Subtitled
Dude, There I Am!


After her great speech last night at the Republican National Convention, you might think the title of this post refers to Susana Martinez, the Governor of New Mexico.  After all, she regaled the convention crowd with the story of how she changed her party affiliation from Democrat to Republican in 1995, after a discussion with a couple of Republican acquaintances.  It was a powerful moment in her life, realizing that her values and ideas meant the Republican Party should be her political home.  You would be wrong.....

You might think your stalwart, common sense Crew has suddenly blossomed into some metaphysical wingnut, interested only in helping others reach a higher plane of awareness.  You would be wrong again....

A group of approximately 50 people spent hours searching the Icelandic countryside near Eldgja (what is with these people and consonants?) Canyon over the weekend for a missing member of a tour group.  An Asian woman had been reported missing after the tour bus made a brief refreshment stop.  Dozens of people joined the search on foot and using vehicles to scour the rugged landscape.  Plans for an air search via helicopter were put into motion.

The search was called off around 3am when the woman was found......amongst the search party!  During the tour stop, she had changed clothes and was not recognized by the others once the tour got under way again. Hearing that someone was missing, the woman enthusiastically joined the search....for herself.  Hours later, it dawned on her that maybe Barack Obama was right when he said "we are the ones we've been looking for!".  She informed the authorities that she was in fact fine and dandy, and the whole ridiculous circus was called off.  I've got two words for that tour operator-  head and count.

This story should finally lay to rest the offensive notion that "all Asians look alike".  Hell, they don't even look like themselves.