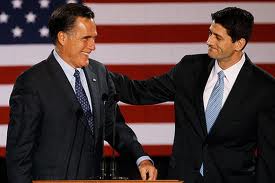 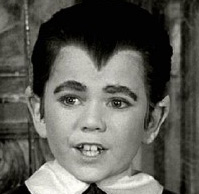 So I got the call late yesterday afternoon from the Romney campaign.  They thanked me for agreeing to be considered for the #2 slot on the GOP ticket, but said they were going with Paul Ryan instead.  Something about that Eddie Munster hair cut was just too good to pass up I guess.  I was mollified somewhat when they added "Crew, your work at SACSTW is just too important to the future of America to be distracted with being the Vice-President".

In all seriousness, the announcement this morning that Wisconsin Congressman Paul Ryan will be Romney's running mate is spectacularly encouraging news for this blogger.  Ryan is young (42), energetic, articulate, and oh by the way, brilliant!  Of course, as a white male conservative, I'm sure Dear Leader's campaign will paint Ryan as an evil woman-hating racist, but that is just standard operating procedure for the Democratic machine.

As chairman of the House Budget Committee, Ryan has been the conservative movement's point man in developing a plan to escape the morass of runaway deficits and grotesque federal spending.  He has offered a solid budget proposal ("The Path To Prosperity"), in stark opposition to the derelict U.S. Senate.  His enthusiasm, calm demeanor, and critical thinking skills make him a great choice to join the Romney campaign!

May I make a suggestion?  Mark October 11, 2012 on your calendar.  Keep that night free so you can watch the carnage that will be the Ryan-Biden Vice Presidential debate.  Somehow I don't think the smartest guy in Washington debating arguably the densest guy in Washington will be a fair fight, but it will be spectacular TV.   I am a little worried that Health and Human Services agents may try to arrest Ryan on charges of elder abuse in the midst of the debate, but it will still be a lot of fun.

Here's my prediction.  By the year 2028, as Paul Ryan's second term as President comes to an end, America will owe a great debt to the voters of Wisconsin who sent Ryan to Washington D.C. in the first place and allowed him to become a player on the national political scene.  Wisconsin......who da thunk it?