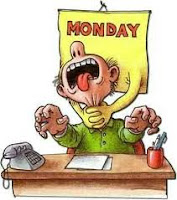 Now that chicken-palooza has died down a little bit, on with the countdown!