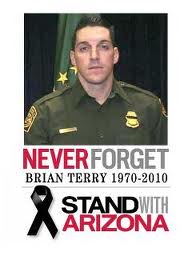 Dear Leader's decision to cover up the Fast and Furious debacle through "executive privilege" is an interesting one.  On one hand, it really shouldn't be a surprise to anyone.  After all, no President has enjoyed the "privilege" of being our executive as much as Barack Obama.  We know all about the 100 rounds of golf, the multi-million dollar vacations for Weezy and the kids, the White House hootenannies packed with A list celebs,  with each and every minute paid for by the American taxpayer.

On the other hand, Barry did promise to run the most open and transparent administration in history.  Umm, not so much. Even a Democratic senator is blasting the idea of "executive privilege", take a look at this quote.....


There's been a tendency on the part of this administration to try and hide behind executive privilege every time there is something a little shaky taking place.  I think the administration would be best served by coming clean in this.

That is true and prudent advice that Barack Obama would be wise to follow, after all those are his words.  In 2007, then Senator Obama made those comments on the Larry King show when asked about George W. Bush's use of executive privilege.  This President raises hypocrisy to an art form like no other.

If we can look past the glaring double standard that Barack Obama employs, things get really interesting.  Weren't we told at the beginning of the Fast and Furious scandal that Attorney General Stedman Holder and President Obama had no knowledge of the operation?  If that is true, what exactly is Dear Leader hiding?  Of course it isn't true, Obama and Holder are desperately trying to perpetuate the illusion that they were out of the loop on this one.

Let's not forget the bottom line here.   Border Patrol Agent Brian Terry was killed with one of the guns provided to Mexican drug runners by Barack Obama's Department of Justice.  Period.  Agent Terry's family deserves justice and to know the truth.  Unfortunately, both of those are in short supply within the Obama Administration.  Right Barry? 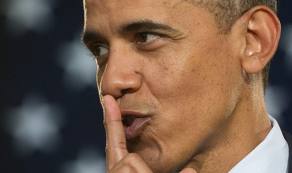