Last Stand of the Melting Pot


One of the best things about my home town is the minor league hockey team.  It has a loyal, passionate fanbase, and as a season-ticket holder I attend virtually every home game.  Every night at the arena, I marvel at the number of fans wearing not just the home team jersey, but jerseys from dozens of different teams.  NHL teams like the Blues, Red Wings, Maple Leafs, Flyers, and Bruins are well represented.  I’ve seen gear from other minor league teams, international teams, college teams, beer league teams, the entire spectrum of hockey can be seen each night.

These fans come to the sport of hockey from every socio-economic background.  They represent different ethnicities, religions, and political viewpoints. However, the reasons they all cram into the arena on game night are not their differences.  It is because they are united in a single purpose, a single dream to cheer the home town boys on to the championship.  They are proud of their hockey heritage yes, but that is secondary to their sense of unity as fans of the local team.  Therein lies their greatness, the reason they are widely considered the best fanbase in the league. 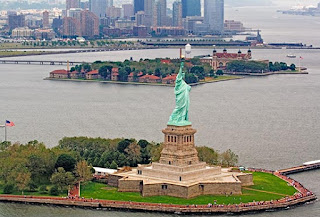 Historically, has resembled that game night crowd.  Immigrants would come through the turnstiles of our great melting pot, with their individual heritage intact but secondary to the desire to be American, to cheer the home team, and to reap the benefits of the grand American experiment.

Over the last few decades, things have changed.  Progressives planted the seeds of division in our public schools by emphasizing to our children what makes them different from one another.  Our skin color, our ethnicity, our religion, our gender, our sexual orientation, even our body mass!  Those seeds have taken root, and the harvest is the increasingly fractionated society we live in today.  Our children have grown up identifying themselves not as Americans, but as hyphenated citizens whose true loyalty is to their past.  It is no coincidence that the words “diversity” and “division” share a common root.

is in trouble, and lust for diversity is our greatest internal threat.  If we don’t reverse this infatuation with our differences then the idea of a great American melting pot will pass from our national conscience, to be replaced by an increasingly cacophonous population of individuals interested only in favorable treatment for their own segment of society.

Don’t believe me?  Ask anyone you know under the age of 30 what the phrase “melting pot” means to them.  Don’t be surprised if most of them think it is the new fondue restaurant in town.