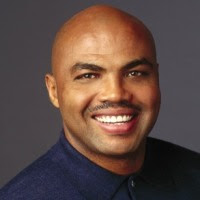 I've always liked Charles Barkley.  The Round Mound of Rebound is one of the most underrated "great" basketball players of all time.  To do what he did in the paint at his size shows a man with ferocious determination and will to win.  Not only that, but he may be the only man on the planet with a worse golf swing than me.  But I digress.

Barkley's outspokenness is another trait I admire in him.  Never one to shy away from controversial topics, his comments have often landed him in hot water.  I don't always agree with what he says, but this time he is absolutely spot-on.

The murder rate in the black community is not a gun issue, it's a crime and violence issue.  In this clip scheduled to air tonight, Sir Charles takes Bob Costas to school on gun ownership.....

Huh, whaddaya know?  A black athlete who has owned and carried a gun all of his adult life, and somehow has managed to not dump a magazine into the body of a friend or family member.  How can this be?  Perhaps its because Charles Barkley is not a murderous criminal, and Jovan Belcher was.  Period.

I love the little anecdote about Tony Dungy at the end of Costas's pathetic whining.  He seems absolutely dumbfounded that 65 of the 80 Colts players owned guns.  Was there a twinge of underlying racism in his conjecture?  You tell me.  About 65-70% of NFL players are black.  If we apply that to the Colts training camp he was talking about.....about 45 of those gun-owning players were black.  Costas's firm belief that you can't have 45 black guys with guns without something bad happening seems far more racist to me than anything the Tea Party has had to say over the last few years.

Come on Bob, what are you really saying?  That we just can't trust black guys, particularly black athletes, with guns?

As far as Johnny Mac goes, I think we can all agree that it's probably not a good idea for him to carry a gun given his placid demeanor.....