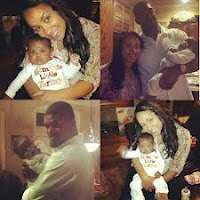 My hometown NFL team, the Kansas City Chiefs, was rocked over the weekend by a heinous crime involving one of their players.  Early Saturday morning, linebacker Jovan Belcher shot and killed his 22 year old girlfriend Kassandra Perkins in their home.  Belcher then drove to Arrowhead Stadium, and killed himself in front of GM Scott Pioli and head coach Romeo Crennel with a gun shot to his head.  The couple has a 3 month old daughter.

My focus today is not the crime itself, I will leave that to others more qualified.  I would like to discuss the entirely too predictable response by the anti-gun crowd.  Just as we saw in the wake of Aurora, this violent crime has given new vigor to those who would ban the private ownership of firearms.  In particular, let's focus on the comments by noted Constitutional scholars Jason Whitlock and Bob Costas.

Whitlock is a former Kansas City sports columnist and sports talk radio host who has been hired and fired by seemingly every sports media company in the country.  He currently writes for Foxsports.com, and penned this column in response to the Belcher shootings.  I mined these little nuggets from the column....


...We'd prefer to avoid seriously reflecting upon the absurdity of the prevailing notion that the second amendment somehow enhances our liberty rather than threatens it.

...What I believe is, if he didn't posess/own a gun, he and Kasandra Perkins would both be alive today.

And the piece de resistance of anti-gun lunacy...

...Handguns do not enhance our safety.

Let's face some "ugly reality" as Mr. Costas puts it.  Human beings have the potential for great violence and depravity.  For some of us, that potential lurks closer to the surface than it does for others.  It can be enhanced by mental (and physical) illness, financial stress, interpersonal conflict, and any of thousands of other stressors.  When a human being succumbs to these demons, the availability or lack thereof of a firearm is not what determines the ultimate outcome.  Five minutes of Google research unearthed these recent events..
Bow and arrow, prescription medication, fire, cooking utensils, acid, pizza, Rice Krispies, hammers, cars, water.... you name it.  Deranged people will use any tool at their disposal to commit acts of violence that most of us simply can't understand.  There is one big difference between all these items and handguns......handguns are used in self-defense an estimated 2-3 million times a year in the United States.  Try that with a large pepperoni pie or a bottle of Oxycontin.