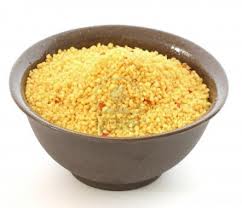 Look, I know that the news today is all about Rand Paul's filibuster, the shredding of the Constitution by Dear Leader, blah blah blah.  The real news today is that an innocent young American woman was killed by a heretofore seemingly inocuous form of Middle Eastern grain.  Was this another Islamist plot?  Can we expect further pasta attacks?  What??  Hold on just a second here......

I am being informed by SACSTW researchers that the couscous in question was actually CousCous, a 350 lb African lion.  The beast apparently killed a worker at an exotic cat refuge in California.  The 24 year old volunteer intern was inside the cage with CousCous when the cat attacked her.  As I watched the report on Fox and Friends this morning, noted wildlife expert Gretchen Carlson intoned that authorities were investigating what "triggered the attack".

Let me save the "authorities" a lot of time and trouble.  What triggered the attack by Couscous was the close proximity of a defenseless prey item.  End of story.  Literally.  Every time a human being tries to cozy up to a large predator and gets killed and/or consumed there is great confusion and consternation amongst the greenbean/animal lover/do-gooder crowd.  Let's ask noted grizzly bear enthusiast Timothy Treadwell about the habits of large predators around humans.  Nevermind, I forgot that Timothy and his girlfriend were killed and eaten in 2003 by their bear buddies.

Take some advice from your old friend the Crew......a sure fire way to avoid becoming predator poop is to stay out of cages that contain said predator.  Note that this advice is not all-encompassing in areas where such creatures roam around naturally.  In these places I would add this corollary.....don't get it on with your sweetie in the African bush.

Personally, I blame The Lion King, but that's just me.
Posted by the Crew at 12:28 PM