Freeze, Or I'll Trim Your Bangs! 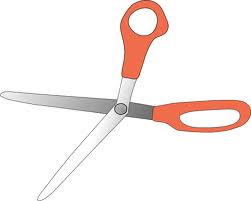 The Department of Homeland Security is obviously very concerned about public safety. This week, the DHS released a video entitled "Options For Consideration", meant to instruct the public on how to survive and even fight back during an active shooter situation.  It's quite remarkable.....


Let's take a closer look at this video's message....


"In most cases, there is no pattern or method to their selection of victims"

This of course is patently false.  There is an easily discernible pattern to active shooter situations....they almost always occur in areas where responsible citizens are prohibited from carrying defensive firearms, ie "Gun-Free Zones".  I prefer the more accurate "Target-Rich Environments".

As the narrator intones these words in his best "I'm from the government and I'm here to help" voice, the video shows someone reaching into their waistband to draw their defensive handgun....no wait, that's not right.  It actually shows the individual reaching into a desk drawer and pulling out........scissors.   Freeze scumbag, or I'll trim your bangs!

"officers may arrive in teams, with tactical equipment such as vests, helmets, and rifles.

You know, all the stuff they don't want YOU to have to defend yourself.

Here's the kicker, on June 7 of last year, the DHS released a Request for Proposal (RFP) to purchase 7,000 "personal defense weapons suitable for close quarters".  After watching their video, I assumed the RFP was for a buttload of pinking shears.  Not exactly.

What the DHS really wants is 7,000 select-fire rifles chambered in 5.56 NATO caliber, and capable of utilizing 30 round magazines.  Why, that sounds like the very weapons that the federal government doesn't want you and I to own.  There is one big difference..... the phrase "select-fire".  Select-fire rifles allow the operator to choose between semi-automatic function (like civilian AR-15s) and fully automatic fire.  Confused?  Read this.  OK, let's review...

We live in strange and dangerous times.