So there I was this weekend, driving down to the local shooting range to expend some precious metals.  I reached into my range bag for my peashooter, and flinched as my fingers brushed the envelope hidden in the bag.  My heart rate skyrocketed, my blood pressure entered the stratosphere, I may have even wet myself a little as two words echoed through my thoughts-   Cavernous Trachea!

I gingerly opened the envelope, and indeed, inside was the latest ultra-secret missive from SACSTW's anonymous source inside the Obama administration.  It had been many months since we last heard from Cavernous Trachea, and Sahib and I were concerned that he had taken up permanent residency in Fort Marcy Park.  Fears allayed, I unfolded the letter and began reading.......

Dear Sahib and Crew,
I have managed to smuggle out Dear Leader's outline for his Inaugural address on Monday.  I took the time to retype it for you as I was worried that the original blue crayon wouldn't show up well on SACSTW......... 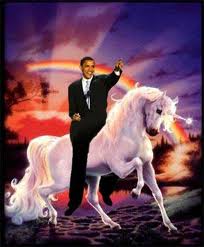