Is the Apocalypse Upon Us? 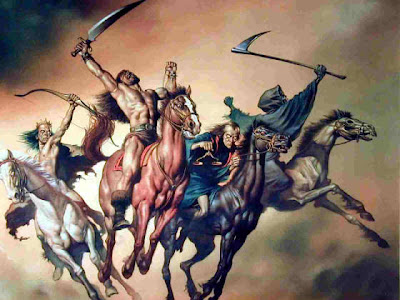 Well devoted readers, it's been a while.  While The Crew and I have taken a bit of a sabbatical to recharge the batteries and restore the creative juices, there is just so much going on in the world we couldn't stay away any longer.  The world has become even a stranger place than when we took our little break.  Here are just a few of the signs that the apocalypse may be upon us:

Those are just a few things that have caught my eye in recent months.  Check back soon for more!  It's good to be back.