Racism In A Colorado Elementary School 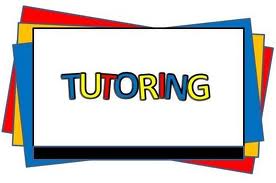 Aurora, CO is once again in the news.  Parents of students at Mission Viejo Elementary School in Aurora were shocked to discover that the school was instituting an after-school tutoring program for white students only.  A letter sent to parents from school principal Andre Pearson described the program and confirmed that it was for white students only.

Outrage has spread across the country, and Aurora has been descended upon by all the usual suspects.....Al Sharpton, Jesse Jackson, Maxine Waters, etc.  MSNBC and CNN have prominently featured this story, loudly decrying Pearson as "just another cracker principal trying to keep the black kids down".

When asked about the situation, President Obama responded "Obviously, the school principal acted stupidly.  I have asked the Department of Justice to immediately stop giving guns to Mexican drug traffickers and begin a full scale investigation of Mr. Pearson and his blatantly racist policies.  In this day and age we have no tolerance for segregation in our public schools."

I know what you are thinking right about now......"Geez Crew, if this is such a big story, why haven't I heard about?".    The answer is because it isn't true, at least not the part that the liberal race-baiters care about.

Mission Viejo Principal Andre Pearson (a black man) has in fact started a racist after-school tutoring program.  The reason you haven't heard about it is that the program is for "Students of Color" only.  White folks need not apply.

The story has been largely ignored by the mainstream media, as it doesn't fit conveniently into their twisted view of equality.   Discrimination against whites is okeydokey with the Sharptons and Jacksons of the world. The next time you see one of these ignorant scumbags in front of a camera, bloviating about some illusory racism, remember Aurora.  Remember a real racist like Andre Pearson.

The only news coverage I could find of the story is from the CBC station in Denver.  Their report is below...