The Boys Are Back In Town! 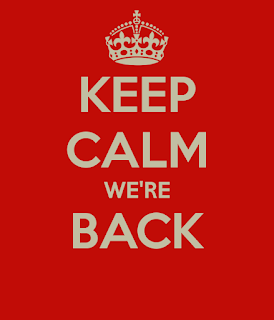 Like the swallows to Capistrano and MacArthur to the Philippines, Sahib and the Crew have returned to the blogosphere!  It is a time of great jubilation amongst the masses, unless of course you are...
Yes, it has been a long time folks...for crying out loud the Kansas City Royals have played in a World Series since the last time you heard from us! Sahib and I have been comfortably ensconced in The Home for Retired Bloggers for over a year now, watching the world spin by in all its glorious delirium. We can sit idly watching no longer. Fear not gentle reader, for Sahib and the Crew have girded their loins and stepped once more into the breech!


Editor's note:  I'd like to make it perfectly clear that all loins were girded individually, there was no mutual girding.  Not that there's anything wrong with that.