Gee I Wish Obama was White! 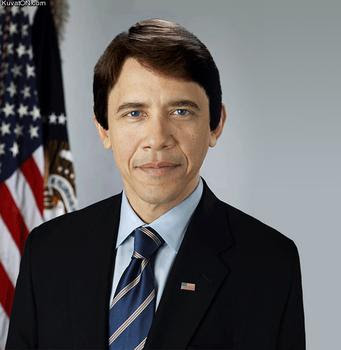 You know devoted readers, I really wish Bronco Bama was white.  I'm really tired of every criticism of him and his big government socialistic policies somehow being racist.  I've seen some accusations that require  mental gymnastics with more spins and twists than a McKayla Maroney vault.  Granted there are some people out there making racist comments like:

Anyone who says something like that should be publicly shunned and should lose their jobs right?  Unfortunately, our fellow citizens decided that Joe Biden and Harry Reid deserve to keep their jobs.  Anyone who has any desire (and the stomach) to see a sample of how the "tolerant" left handles African Americans with whom they disagree, check out what they had to say about actress Stacey Dash on Twitter when she had the temerity to voice her support of Mitt Romney before the election.

Fortunately, there are still a few intrepid Americans trying to educate our children about Obamanomics as Steven Crowder is doing in this hard-hitting video:

BUT WAIT!!!!!  How did I miss it!  He's wearing a brown bear costume.  You know... brown like African Americans have brown skin.  And a bear... you know that President Obama used to go by Barry. That's the most thinly veiled racist attack on the president I have ever seen!  I am embarrassed that I posted his video on my blog.  But rats!  I can't figure out how to delete it so it will have to stay.

Well, I guess I'll just have to live with four more years of The Crew and I being branded racists until 2016 when Hilary runs... and then we get to be sexist.  Buck up little campers.  At least it won't be boring.
Posted by Sahib at 4:13 PM